The AK platform magazine market is surely one of the slowest I have ever witnessed to grow. I do not say this lightly by any means but it is the truth there is just not that many manufacturers of them. I think Xtech Tactical noticed that from the beginning of their design they seen the flaws from other manufacturers and sought out to fix them. However, the problems were simple with what plagues the U.S. market with AK-47 magazines they had reliability issues and over time the plastic locking lugs wore out and they became unserviceable. With only a choice of very few manufacturers or buying surplus magazines that often immediately need a rebuild kit on top their premium price the options are pretty slim. 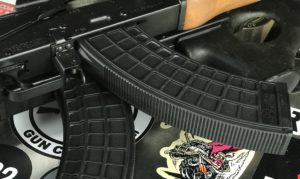 My process was rather simple for reviewing these magazines, it was simply to be as rough as possible on them and run them ragged. At the end of the day that’s what people want to hear about aside from the aesthetics I ran them until my thumbs were completely grey from the Tul-ammo I was loading them with. I used them in a PAP M92, an O-PAP, an Arsenal, and a Saiga and I was definitely shocked by the snug fit across the board I had no wobble in any of them (which is odd because my Magpul magazines usually wobble a little bit in my O-Pap). No matter how many times these magazines were kicked, stomped, flung, dropped, bashed, loaded, ran over by my ATV, thrown in the mud, they simply kept working as designed. Honestly my hats are off to the developers of the MAG47 after many upsets in the American AK market we finally got one right. 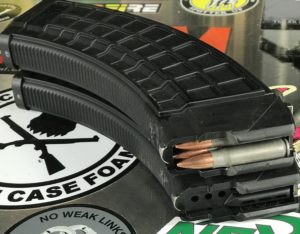 Structurally the MAG47 magazine is literally in my opinion a tank it just keeps going no matter how much abuse I had put it under. A big part of that is because they used steel locking lugs and steel inserts in the feeding lips as well as I well thought out anti-binding spring so you will not get rounds caught up. It is a bit heavier feeling though in my opinion but at the end of the day it is an AK-47 they are not known for being light weight by any means. Although, I only admittingly put a 1,000 rounds through these two magazines (loading a 1,000 rounds in 2 magazines is a lot harder than you think) XTECH Tactical has published claims of over 20,000 rounds in magazines and honestly at this point I believe them.

You may have missed